Buyukbayraktar brothers as a family was producing fruit roll up, churckhela and grape molasses which is the essencial traditional foods of the winter mounts since 1950 in Gumushane. And in 1974 they started to service as a company during 12 mount and with its new trademark '' King''. Turkey and the World knew them with this name. In 2000 they started to production of this traditional foods as a modern foundation. They was the first in exportation of this foods in our country. And then in our country new foundations has opened to product this foods right after Kaya bayraktar s busines activities. Sooner dried fruit roll up and churckhela got so famous around the world. As the Kral family, they, started in order to answer the demand they increased their capacities and they placed the products of King in a A class markets and elit stores.On the other hand King took the ISO 9001 and HACCP documents. And with this way it started to selling facilities in super markets buffets and other selling points. So they started to get power with the facilities of the patented productions sellings. Since 2002, Kral fruit roll ups have been servicing as the name of Buyukbayraktar food industry trade limited company in a 8000 square metered organized industry field. This company is targeting the natural fruits without suplementing artificial additions in it to transport the costumers.And newly there is different kinds of products like fruit roll up with chocholate, fruit marmelades, green fruit teas. Today in our country it is the best capacitied company in the similar food production and each day it is growing and increasing the quality of the production with the cooparations of Tubitak and the universities. And each day it is continuing to standardize it s new productions. 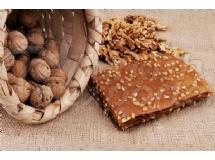 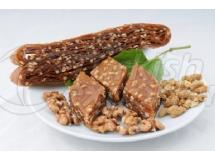 King Fruit roll up with Nuts 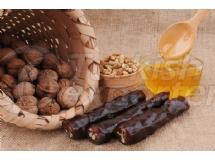 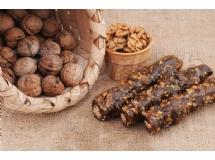 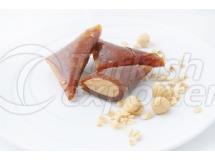 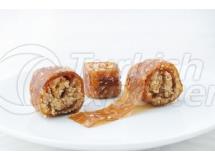 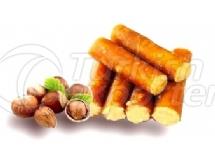 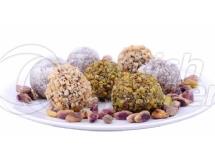